“An intriguing novel about the birth of the motion picture industry, as seen through the eyes of a young man striving to strike it big.  [The novel’s] rich detail and the mystery of Jimmy’s mother’s disappearance, make for an engrossing read.” 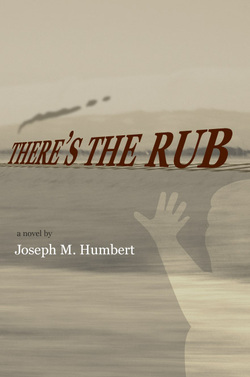 What if Spike Lee were making silent movies in early Hollywood?  After seeing The Birth of a Nation, what would he do if he came face to face with its director, D. W. Griffith?  In 1916, Jimmy Johnson, a grandson of slaves, knows exactly what he would do –- and it ain't pretty.  But more importantly, he wants to see his family whole again.  He remembers fondly when he, his father, his mother, and younger brother all performed happily in vaudeville.  Then came the night when his mother suddenly and mysteriously disappeared.  Nightmares of that awful event have led Jimmy –- a boy at the time –- on a twenty-year search for her.  Why did she leave?  And why won’t his father talk about it?

Raised by their domineering father, Jimmy and his brother grow up as part of a successful vaudeville dance trio.  However, Jimmy has long wanted to do something else with his life.  After a half-hearted performance on stage, twenty-year-old Jimmy tells his father that he can’t be in the act anymore.  His father doesn’t cotton to rebellion and, in his wrath, throws his first born out, disowning him.

Jimmy drifts around the country alone, scared and unsure of his future.  Mechanically inclined and good with tools, he ends up in Hollywood where he becomes enthralled with the magic of moving pictures.  When he finds a job fixing movie cameras, he gets a front row seat to the burgeoning silent movie industry.

Life takes on sudden purpose after Jimmy watches Griffith’s racist epic.  Outraged, he sets himself to make a moving picture that doesn’t perpetuate stereotypes of his race.  Along the way, Jimmy gets help from his new love, a young woman named Anita, as well as pioneer Negro film actors, Noble Johnson and Madame Sult-te-wan.

When Jimmy’s father and brother come to Los Angeles for their West Coast vaudeville premiere at the same time his mother is working only a few miles from Jimmy – for Griffith, no less! – the family’s unplanned reunion explodes in re-opening long festering wounds.  Can Jimmy finally bind these wounds and make his family whole again?