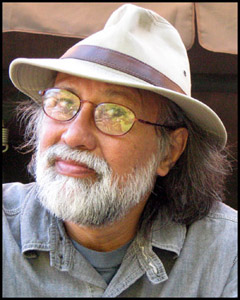 Joseph M. Humbert comes from a technical background.  Educated in physics and technical communication, he has worked in a number of positions, including managing data processing, creating technical documentation, building Web sites, and starting and running an educational software company.

He has written or co-written a play and several screenplays.  He has a love of the movies and of history.  There’s the Rub, his first novel, combined these two passions.  He and his wife live in Oakland, California and have two grown sons.

How the Novel Came About

As mentioned, I have a big interest in history, especially, American history.  I am enjoying the attention the Civil War is getting now, being the 150th anniversary.  This neatly dovetails with the beginning of the novel.

I also love the movies.  While in college, friends and I made several 8 mm student films.  This sparked an interest in writing for the movies.  Over the years, I have written or co-written several screenplays as well as a one-man play on J Robert Oppenheimer.

When I first heard of black filmmaker, Oscar Micheaux (the Black Filmmakers Hall of Fame here in Oakland where I live presents the Oscar Micheaux Awards), I imagined what a confrontation of him with D. W. Griffith on the set of Intolerance might be like.  But research showed that Micheaux made his first movie three years after Griffith’s failed masterpiece.  And furthermore, Micheaux worked out of Chicago, not Hollywood.  Then I discovered that black actor Noble Johnson started the Lincoln Motion Picture Company in the same year that Griffith was making Intolerance.

This led to the discovery of Negro actress, Madame Sul-te-wan, an absolutely fascinating character who worked for Griffith in The Birth of a Nation and Intolerance.  Flying in the face of Griffith’s reputation as an unrepentant racist, what could explain what appears to have been true affection – even, as some reported, love – between he and Madame?  Madame once remarked that if Griffith and her father were drowning in a lake, she’d step on her father to save Griffith.

Anyway, I created a character, Jimmy Johnson, with the same firebrand passion as Micheaux who would interact with Noble, Madame, and Griffith.   I originally wrote this story as a screenplay but was convinced by a novelist friend of mine to expand it into a novel.