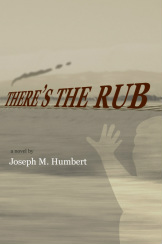 Hollywood, California (1915).  At first light, Jimmy Johnson woke up with a start.  Was it the dream again?  For much of his twenty-six years, Jimmy, the grandson of slaves, had been haunted by a recurring dream——a nightmare really.  It started shortly after his mother had seemingly abandoned him, his younger brother, and their father.  He had been only five at the time.  Why would she do that?  Why would any mother do that? But did she really abandon them?  The dream suggested otherwise.  His memory of the events of that terrible night was murky, made less reliable by the reinforcing nature of dreams.  What was real?  What was imagined?  His father, Reed, knew more than he wanted to tell.  He only said that she was an unfit mother.  If she really abandoned them without explanation, then he was right.  But again, the dream and his memory suggested otherwise.
He couldn’t get it out of his craw that maybe her leaving was his fault.  He remembered trying hard to please his father.  Did this effort drive away his mother?  But how could a five-year-old do that?  Except now, he had also displeased his father; so much so that his father had for all intents and purposes disowned him.  He had no contact with his father or his younger brother, Russell, for the past six years.
While he had mixed feelings about his father, Jimmy did miss his brother.  In the fifteen years of growing up together without their mother, they may have formed a stronger bond than if their mother was still around.  Hell, Jimmy still owed Russell fifty dollars and wanted to repay him as he had promised.  But with Reed and Russell always on the road with their vaudeville act, it was impossible to catch up with them.  Jimmy was on the West Coast while they were traveling the vaudeville theaters of the Chitlin’ Circuit.  These theaters catered to colored audiences east of the Mississippi River, across the top of the Midwest, down the Eastern seaboard, through the Deep South, and back up the Mississippi.  Reed and Russell were ‘Johnson and Son,’ a tap dancing duet.
A more daunting task for Jimmy was his effort to find his mother.  If he could find her, he could ask her what had happened that terrible night, not to lay blame, but to get to the truth, and maybe, just maybe, prevent that damned nightmare from invading his brain.  To that end, Jimmy had spent a good deal of time trying to track down Miriam Johnson.  Over the years, there were so many false leads, so many dead ends.  It was as if she had vanished from this earth.  Perhaps she had died but he refused to think that.  Don’t ask him why but he just knew she was out there, somewhere.  He hadn’t yet given up hope.
Thinking about it, maybe the dream was not what had given him such a fitful night.  Yesterday, he saw D. W. Griffith’s epic, The Birth of a Nation, at a movie theater downtown.  He was one of a handful of coloreds segregated to the balcony, derisively called the buzzard’s roost, or crow’s nest.  He heard all the talk but he just had to see this moving picture for himself.  What did this white man——this D. W. Griffith——have to say about his family?
In the theater, while Jimmy was gripped by Griffith’s storytelling powers in this new and exciting medium, his blood boiled over the story.  Towards the end, when men in hooded sheets rode on horses to rescue beleaguered Southerners, some audience members stood up, cheered, whooped, and hollered.  That did it.
Jimmy stood up, too.  He pointed to the screen and yelled, “Go to Hell, D. W. Griffith!”  It was as much to the cheering audience as to the flickering images.  Reactions from the audience below ranged from jeers to support.
“Who’s that?”
“Some nigger upstairs.”
“Go back to Africa!”
“Leave him alone.”
“He’s right, dammit.”
“Shut up!”
Jimmy stormed out.  A few other audience members did too, not all of them people of color.
Outside the theater, Jimmy walked past a long line of theater goers waiting for the next show.  He barely noticed them as he was deep in thought.
By this morning, it had come to him.  With his job fixing cameras in downtown Hollywood, he had come to learn about movie equipment.  He always had a knack for fixing things.  Even as a kid, he would take things apart and put them back together, like the time when he tried to fix his father’s pocket watch.  When he couldn’t get the face cover back on, his father was not happy, in fact, he was furious.  And he and Russell learned early on that you don’t want to make Reed unhappy.  Reed took the watch to a proper watch repairman.  He vowed never again to let Jimmy touch it.
In delivering repaired cameras and film stock to the studios of the burgeoning silent movie industry in Los Angeles, Jimmy managed to steal a few minutes to watch them make moving pictures.  It did not seem hard.  On that morning, he decided that he too would learn the process, and make pictures that did not do violence to his family.  How he hated D. W. Griffith.  Within a year, in Hollywood, in the spring of 1916, Jimmy would be finishing his first one-reel photoplay.